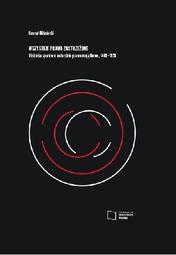 The 6th CopyCamp took place in Warsaw on September 28th and 29th under the title „the Internet of Copyrighted Things”. This year we gathered 60 guests from 21 countries who shared their expertise during presentations and workshops with those who joined us in Kino Praha or watched our live streaming on YouTube. We listened to stories touching on real-life issues in culture, science, education, medicine and agriculture. And it was a great success! In the post-conference survey, our participants evaluated the conference with an average grade of 5,15 (with 6 being the maximum grade).

Apart from the speaker sessions we also had pleasure of hosting workshops, where our participants could role-play in the EU legislative process, learn data mining skills, explore YouTube’s possibilities for artists, exchange experiences about digitization of national heritage, discuss proliferation of open public licenses, map copyright exceptions and limitations, and learn techniques to prevent burnout.

Among our special guests was Ms. Julia Reda, Member of the European Parliament and a representative of the Pirate Party. In her speech about the current copyright reform, Ms. Reda complemented some of its parts, but also expressed her deepest concern about the proposal of “linking tax” and the filtering obligation. Apparently, many decision makers wrongly believe that these proposals will only result in benefits for authors and other rightholders. They thus pay little attention to users and activists who raise alarm that implementing such ideas would destroy the internet. One of such negative examples that she mentioned is that the filtering obligation will actually lead to the raise of market power of platforms that already have big databases of information about works and their rightholders. EU citizens and entrepreneurs will have to license access to such databases, and the EU will have little control here. Since there is little understanding of such details, Ms. Reda called in particular for more expertise to be delivered to decision makers about specific negative consequences.

Ariele Elia (Fashion Institute of Technology, NY) discussed the cultural appropriation in fashion. While it is an old phenomenon, it has recently been receiving increased attention, in the light of dangers posed to cultures from which various designers borrow without due consideration for the actual meaning and importance of the reused cultural symbols.

Aaron Perzanowski (Case Western Reserve University School of Law) posed a question: what does it mean to own something in the digital economy? He followed to explain that while in the offline world we tend to have a good, common-sense understanding of property, our intuition may easily deceive us when it comes to information goods. In the digital environment there is no tangible copy and hence no exhaustion of exclusive rights. This means that the right holders may control how we use information goods in ways impossible before, when we could resell and borrow books without them even noticing. Conversely, in the Internet of Things environment, software and DRM is being introduced to tangibles in a way that undermines our property rights in them. As a result, the extended control of right holders mentioned above is being transferred to the offline world.

James Love (Knowledge Ecology International) elaborated on a specific proposal to create a club of countries that delinkage R&D funding for new cancer drugs from prices, and eliminate all monopolies on cancer drugs.

Nick Briz showed us how to replace composers with computers. Read his Perspective on ‘Creative’ AI blogpost

We are particularly proud that at CopyCamp 2017 we have gathered a considerable group of German experts including: Jan Kottmann (Google Germany), Kiki Ganzemüller (YouTube), Mirko Boehm (Open Invention Network), Till Jaeger (ifrOSS), and Till Kreutzer (iRights.Lab). We also had a strong representation of the Berlin-based Free Software Foundation Europe: Polina Malaja, Erik da Silva, Carmen Bianca. This allowed us to exchange ideas about copyright-related issues common for our countries – including especially the current EU copyright reform and public procurement of IT systems. The Polish-German cooperation at CopyCamp would not happen without the help of the funds of the German Federal Foreign Office transferred by the Foundation for Polish-German Cooperation.

All presentations are on our YouTube channel – in „CopyCamp 2017” playlist.

We want to thank all the speakers and attendees, as well as our whole team without whom the success of the conference would have been impossible. We also wish to express our gratitude to our partners: the German Foreign Office and the Foundation for Polish-German cooperation, Google, ZIPSEE Digital Poland, Mozilla, EDRi, OpenForum Europe, Open Knowledge, Creative Commons, Communia, ifrOSS, Free Software Foundation Europe, Iuridicum Remedium, Trnava University and Asimov Foundation.

We thank Ms. Anna Streżyńska, the Minister of Digital Affairs and Ms. Alicja Adamczak, the President of the Patent Office of the Republic of Poland for granting their honorary patronages to CopyCamp.

Thank you and we hope to see you next year!

If not explicitly stated otherwise, all texts are licensed under the Creative Commons Attribution-Share Alike free license.